The meeting of the Quad countries was proposed by India in August-end at the height of tension with China over the military standoff at the Line of Actual Control in Ladakh.

The foreign ministers of India, US, Australia and Japan will sit down to discuss a free and open Indo-Pacific in Tokyo on Tuesday despite a raging pandemic amid China’s contentious moves in the region. The meeting of the Quad countries was proposed by India in August-end at the height of tension with China over the military standoff at the Line of Actual Control in Ladakh.


In November 2017, on the sidelines of the ASEAN summit and East Asia Summit in Manila, diplomats of the four countries revived the decade -old idea of a quadrilateral, largely to take on China. The growing aggression of China in the region and more specifically in the Indo-Pacific got India, Japan, Australia and US together, though the grouping did not issue any joint statement and continued to stress that it is not an exercise at targeting China.

China has reacted sharply to the idea and the Chinese foreign ministry warned that the Quad should not target a third party. Prime Minister Narendra Modi spoke at the Shangri La dialogue in June 2018 and tried to allay concerns about China.

He said, “India does not see the Indo-Pacific Region as a strategy or as a club of limited members. Nor as a grouping that seeks to dominate. And by no means do we consider it as directed against any country. A geographical definition, as such, cannot be. India’s vision for the Indo-Pacific Region is, therefore, a positive one.”

However, he also added that, “We believe that our common prosperity and security require us to evolve, through dialogue, a common rules-based order for the region. And, it must equally apply to all individually as well as to the global commons. Such an order must believe in sovereignty and territorial integrity, as well as equality of all nations, irrespective of size and strength. These rules and norms should be based on the consent of all, not on the power of the few.”

Two years later, much has changed with the current friction between India and China at the LAC. The crisis has been on for over five months now. Despite six rounds of corps commander level talks, five rounds of diplomatic talks under the Working Mechanism for Consultation and Coordination on Border Affairs, a meeting between the Foreign and Defence Ministers with their counterparts in Moscow and a call between the Special Representatives for Boundary Talks, the disengagement at several friction points in Eastern Ladakh remains stalled.

Amidst the COVID-19 pandemic, the already brewing tension over trade between US and China has only escalated further into a full-blown diplomatic tussle. Australia and China are also engaged in a battle related to trade issues since the former moved a resolution in the World Health Assembly seeking to probe the origin of the coronavirus. Japan has been engaged in a fight over the Senkaku Islands for long. Meanwhile, it is now also looking at decreasing its dependence on manufacturing in China in a post-COVID world.

As these countries come together this evening, they will “collectively affirm the importance of maintaining a free, open and inclusive Indo-Pacific,” as per the press release issued by the Indian side regarding the meeting.

Ahead of the Quad meeting, EAM S Jaishankar will be hold a bilateral meeting with his American counterpart, US Secretary of State Mike Pompeo, in Tokyo as well. It is expected that the issue of China will feature in the talks as the two discuss regional issues. A senior US official told News18.com that US is keeping a close watch on the situation as both sides make contesting claims. 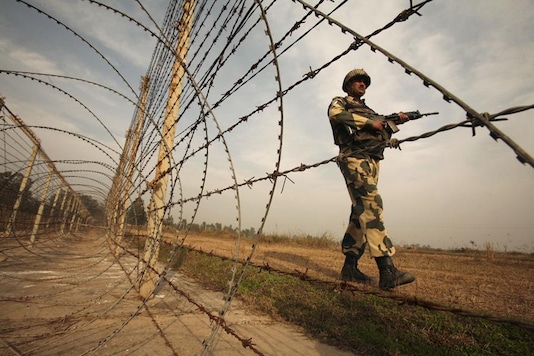