New Washington Football Team Head Coach Ron Rivera made one of the riskiest hires imaginable going into 2020. Despite inheriting a young developing quarterback in Dwayne Haskins, he hired Scott Turner as his offensive coordinator, a man who has never won a single game in that capacity.

Scott Turner is the son of Norv Turner, whom Rivera hired in 2018 to be his offensive coordinator while head coach of the Carolina Panthers temporarily making Norv the fourth Turner family member on the offensive staff before moving on from Norv’s nephew Cameron (went to Cardinals), and Norv’s brother Ron.

When Rivera was fired from the Panthers last year, Scott was moved to offensive coordinator for the final four games, and went 0-4 while failing to score more than one meaningful touchdown in any game despite all-world running back Christian McCaffrey. When removing garbage-time TDs in the last 5 minutes, Scott’s offense only averaged eight points per game.

While Haskins’ supporters all agree he needs developmental time, few have focused on how his own learning curve is being sacrificed for Scott Turner’s on-the-job training.

In a series of tweets, ESPN analyst and former NFL QB Dan Orlovsky stated “The QB isn’t the problem,” and was highly critical of the passing game stating that “the spacing in the passing game is awful. Guys in each other’s lanes. Guys stacked on top of each other. It’s hurting the timing of their offense a ton.”

G/O Media may get a commission

In analyzing the video, Orlovsky noted that the spacing in Washington’s passing game “HAS TO GET BETTER. Four guys all on top of each other. Where is QB supposed to throw? There’s eight clips like this”

And apparently that doesn’t include clips of Turner’s four putrid games as OC with the Panthers.

While Lamar Jackson is supported by an ex-QB in Head Coach John Harbaugh and an experienced play-caller in Greg Roman (worked with mobile QB in Colin Kaepernick in San Francisco), Scott Turner is the man Rivera decided to entrust with developing Dwayne Haskins.

The only Washington coach with any direct offensive coordinator experience is new QB coach Ken Zampese, who was fired by the Bengals after two games into his second season, after a reported near-mutiny by players. In his one full year in 2016, the Bengals offense dropped to 24th in points scored, down from 7th the prior year under Hue Jackson.

Ken Zampese is the son of Ernie Zampese, Norv Turner’s offensive coordinator mentor (Rams, 1987-1990), and is credited with helping to create the famed “Air Coryell” offense in San Diego. While Ken has had success as a quarterbacks coach, not a single Washington coach has successful offensive coordinator or play-calling experience — unless you count their dads, of course.

Is Rivera’s ego averse to hiring big-name coordinators with great experience? Not at all. Despite being one of the NFL’s top defensive coaches, he still made a great hire of former head coach Jack Del Rio as Washington’s defensive coordinator.

Upon Scott’s hire back in January, before COVID-19 eliminated the preseason, Scott Turner said Haskins has to know the offense even if it’s new. “[Haskins] has to know it like a coach and present that confidence on the field,” Turner said. “That takes work to get that. Guys see when it’s there and when it’s not.”

Despite Haskins’ 3-8 record right now, he has better passing stats than Bills quarterback Josh Allen through his first 11 games, and not quite as bad a record as Drew Brees’ 3-16 stretch in between his first two seasons as a starting quarterback with the Chargers.

History tells us getting that fourth win can be quite elusive. Take a look at some of these other slow starters:

The upside to all this is if Haskins is allowed to lose his next 10 games, he could have a bright future in broadcasting.

“Haskins got a raw deal,” says CBS Sports’ Jason La Canfora, citing Haskins’ biggest problem is a lack of coaching advocates, unlike his replacement, Kyle Allen, whose primary credential is that he is “a benefactor (bingo!) in new offensive coordinator Scott Turner,” and “is being kicked to the curb for: The Allen/Turner project.”

Allen wasn’t drafted at all. However, Scott Turner convinced the Panthers to bring him in.

“Scott went out on a limb and found me and told the people here to bring me here. I’m thankful for that,” Allen said last year. “He was the one who said, ‘Hey, this guy on the board right here, he might have something.’ Scott is always going to be my guy.”

Yes, Scott Turner really is Kyle’s guy. So much so, that Washington sent a 5th-round pick to get him from the Panthers.

And this is how the Nepotism Football League rabbit hole works. An unqualified rookie coordinator vouches for an undrafted QB, and needs that QB because he knows his system.

But undrafted Kyle Allen who lost the last seven games he played in, gets another crack four games later?

Kyle Allen’s passer-rating last year was 83.6 under Norv Turner as OC, but 69.3 under Scott – an inflated figure due to fourth-quarter garbage-time stats. And Allen will also go from having Christian McCaffrey in his backfield to the NFL 30th-ranked rushing offense. Good luck kid.

“This is not as much an indictment on Dwayne as much as it is an indictment on the situation and circumstances that we are in,” Rivera told reporters Wednesday. “He did not have the benefit of [offseason workouts] and minicamp, [and] four preseason games to work through things. Because of that, he’s behind in his development in this system.”

Despite exceptions, sports media hasn’t been as patient and nurturing of Haskins as they have been to Scott Turner and set the benching narrative in motion.

After Haskins’ first loss of the season in Week 2, a Yahoo headline read:

After Week 3, an ESPN headline read:

It’s almost as if many in sports media want Haskins to fail.

But take a drive up I95 to New York City, where they have a young struggling quarterback, selected in the same draft as Haskins, and the reporting is quite different. Where Daniel Jones is concerned, the tough, unrelenting New York media has been calling for patience.

Haskins has never heard such optimism.

With so many mixed-messages, a blind QB stats test was presented on twitter. The quarterbacks behind the stats? Daniel Jones, Sam Darnold, and Haskins. Based purely on stats, 94 percent of participants chose Haskins as the QB they’d want.

But what if we treated Haskins as “glass-is-half-full” as Jones or Darnold? Let’s try.

With the 30th-ranked rushing attack and the 29th-ranked offensive line, the only real positive offensive support he has is wide receiver Terry McLaurin. Now let’s look closer at his targets this season:

Haskins’ passer rating targeting everyone else: 69.1

Call me crazy, but maybe, just maybe, if the Washington Football Team improved the players around Haskins…

How about a running back to take some of the pressure off? Just look at how it helped Peyton Manning. The addition of Edgerrin James in Manning’s second season was a game-changer. In Peyton’s first five seasons (1999-2003), his record was 35-17 with James and just 7-21 without him.

Support matters. Even for the great ones.

Rivera’s decision to bench Haskins for Allen was rooted in nepotism. However, the league’s reaction to any NFL Black quarterbacks being demoted is almost always rooted in racism.

Other GMs and coaches will almost always blame the Black QB, and nothing else. Black QB double-standards persist, and unless you are a top-10 QB, the level of disrespect has been sickening in 2020.

Rivera clearly says he hasn’t given up on Haskins, but for many other teams and irresponsible media, that doesn’t matter. In the NFL, white QB benchings are often temporary setbacks while Black QB benchings become Scarlet Letters.

It doesn’t matter if you are a former-MVP like Cam Newton, or had a near-identical 5-year start as Peyton Manning, Jameis Winston did (yes, it’s true. Receipts). If one team gives up on you, the entire league will trust that team’s judgment over that Black quarterback’s future.

Philip Rivers? Not so much. Old Man Rivers can get dismissed by the Chargers and sign with the Colts for $25 million. Cam and Jameis? In 2020, they both will make less money this year than Raiders backup quarterback Nathan Peterman.

So, if this is how Cam and Jameis are treated, what the hell do you think a league this racist could do to a developing Black QB like Haskins? They can end it overnight – and with great help by a willing sports media.

Do you really think NFL GMs will blame Scott Turner? Haskins’ lack of coach support? The fact that he’s had three head coaches in just 11 games? No preseason to prepare? Washington’s lack of a running game? A dreadful O-Line?

Quality veteran Alex Smith is now D.C.’s backup. Do you think Haskins could start his career going 19-31 with a 72.1 passer rating like Smith did, and get another season to turn it around? Ask Vince Young about that (31-19 over same time, then gone).

There is a reason Black QBs dominate top-5 and top-10 lists, but the bottom 10 are almost always white.

And that racist reason is Black QB mistakes are seen as permanent flaws revealed inconclusive language (“he can’t read defenses” and “they figured him out”) that deny Black QBs the chance to fail, adapt and grow like Josh Allen, Drew Brees and a host of Hall of Famers.

Ultimately, Washington’s offense is in big trouble because Rivera chose to invest in Scott Turner’s future instead of Haskins’, and is doubling down on that first big mistake.

And the nepotism doesn’t stop there.

With Scott Turner a green rookie, who did Rivera hire for oversight as “Offensive Quality Control Coach”?

That would be Luke Del Rio, the 25-year-old son of the team’s defensive coordinator Jack Del Rio.

In case you are wondering, the Santa Margarita Eagles went 3-8, and lost their final six games last year.

Let me know how The Scott Turner-Kyle Allen Experiment turns out.

The story was updated to clarify the status of Turner family members. 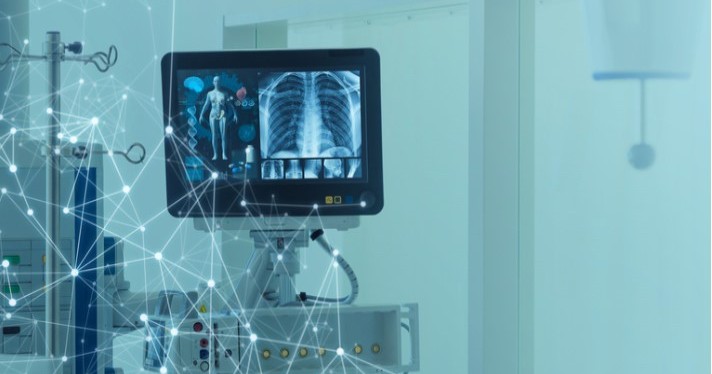 13 mins ago
Venezuela, Twitter, and Crimes Against Humanity — Global Issues

13 mins ago
Venezuela, Twitter, and Crimes Against Humanity — Global Issues