US President Donald Trump and his Democratic challenger Joe Biden are battling for the presidency in a sharply divided United States.

Trump has been focusing on “law and order”, Biden has been trying to strike a conciliatory note. The Black Lives Matter movement and whether Trump will release his taxes are among the many issues Americans will consider when choosing their president.

As the hotly contested election approaches, Al Jazeera has been speaking to voters across the US asking nine questions to understand who they are supporting and why. 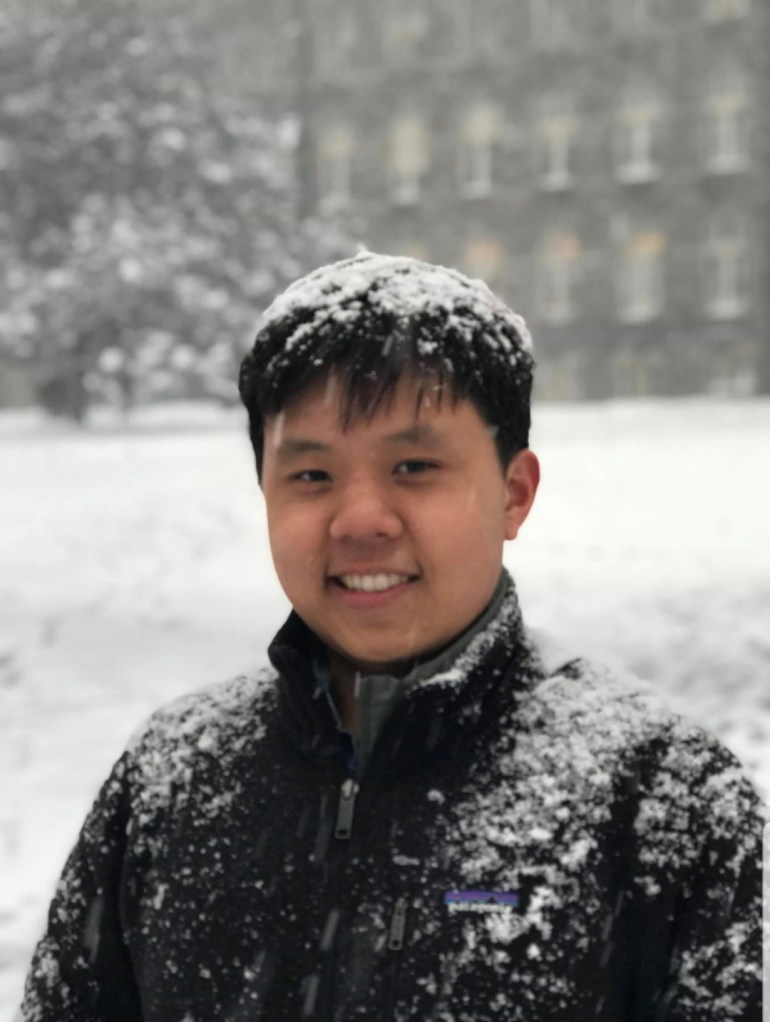 Will you vote? Why or why not?

“Yes, I will be voting in this election. I will be voting because I believe it is my civic duty as an American citizen to vote, to get my representatives into office, and being able to vote for someone that can bring that change that’s necessary sometimes. I think people don’t recognise that change doesn’t necessarily happen on a federal level, but the change happens on a local level first, and that’s where every vote counts. If my vote is not counted, then my voice is not heard in my local community, which is why I’m voting.”

What is your number one issue?

“My number one issue for this upcoming election is the increased political polarisation in this country. I feel like since 2016, or even since way before then, many Americans have progressively deviated from what has traditionally been the ‘centre’ of American politics and people have just resorted to what we see as the rise of conspiracy groups like QAnon and using terminologies such as ‘radical leftists’ or ‘alt-right’. I feel like this is driving Americans into two separate groups. The political cooperation that used to be there just isn’t happening, and I think that’s a great issue in this country.”

Who will you vote for?

“I will be voting for Donald Trump.”

Is there a main reason you chose your candidate?

“I don’t feel like there was a main reason. I guess the main reason why I’d be voting for him is the economy.

“I do believe that there are other great issues such as climate change, which definitely Joe Biden has brought up in this last presidential debate. However, I feel like, even though, political policy may be able to influence how things have happened, the economy also needs to follow. I believe by pursuing an economic policy that allows – with a great government subsidy or support— that allows this shift, can solve a great number of issues that may take place in this country for many Americans.”

Are you happy with the state of the country?

“I would say I am not happy with the state of this country right now. I do believe that there is no unity among Americans.

“Going back to what I said with my number one issue that there are these Americans who are just growing further and further apart from the centre and that they are not reconciling or acknowledging the other side. And this increased hostility towards each other and not like this American identity where there’s this belief that you can choose to believe what you believe in and that you shouldn’t face any repercussions or backlash against it, but at the same time, realising that your beliefs are not the only ones out there and that there has to be cooperation to ensure that there can be progress forward.”

“Going off the previous question, definitely being able to see unity among Americans, being able to say that ‘yes we have our differences, but let’s come to this bargaining table and let’s work out what the best thing we can do for Americans’ while acknowledging that we each have our own wants and desires, and how we can work together to ensure that everyone is happy while ensuring that we can get the most done.”

Do you think the election will change anything?

“I definitely think it will change a lot of Americans’ perceptions on politicians, especially with the increasing remarks coming from representatives such as Ilhan Omar, Alexandria Ocasio-Cortez, and Senator Mitch McConnell. I do believe that Americans will become a lot more wary of what their politicians are saying – the promises that they may be making or the legislation or bills that might be passing – I think people will definitely become much more politically aware of what is happening in the government.”

What is your biggest concern for the US?

“I do believe that the biggest concern for the US is foreign influence. Especially because of the political division – it kind of has opened up a path for certain countries to be able to manipulate what Americans are believing in to turn them against each other, and to be able to use internal political division to advance their foreign policy and to be able to push the US in the background, as the US is trying to scramble to fix what is going on within its own borders.”

Is there anything we haven’t asked about the election that you want to share?

“I believe that there is going to be a lot of younger people who will definitely be voting in this election, especially as over the past four years they have become much more politically aware – what is happening, not just domestically, but internationally. And I do believe that as a result of this increase in political participation, there should be an increase in political education as well to ensure that Americans are making the best-informed decisions that they can independently, without being led into voting because their friends have voted a specific way, or their family, or just external ideologies.”